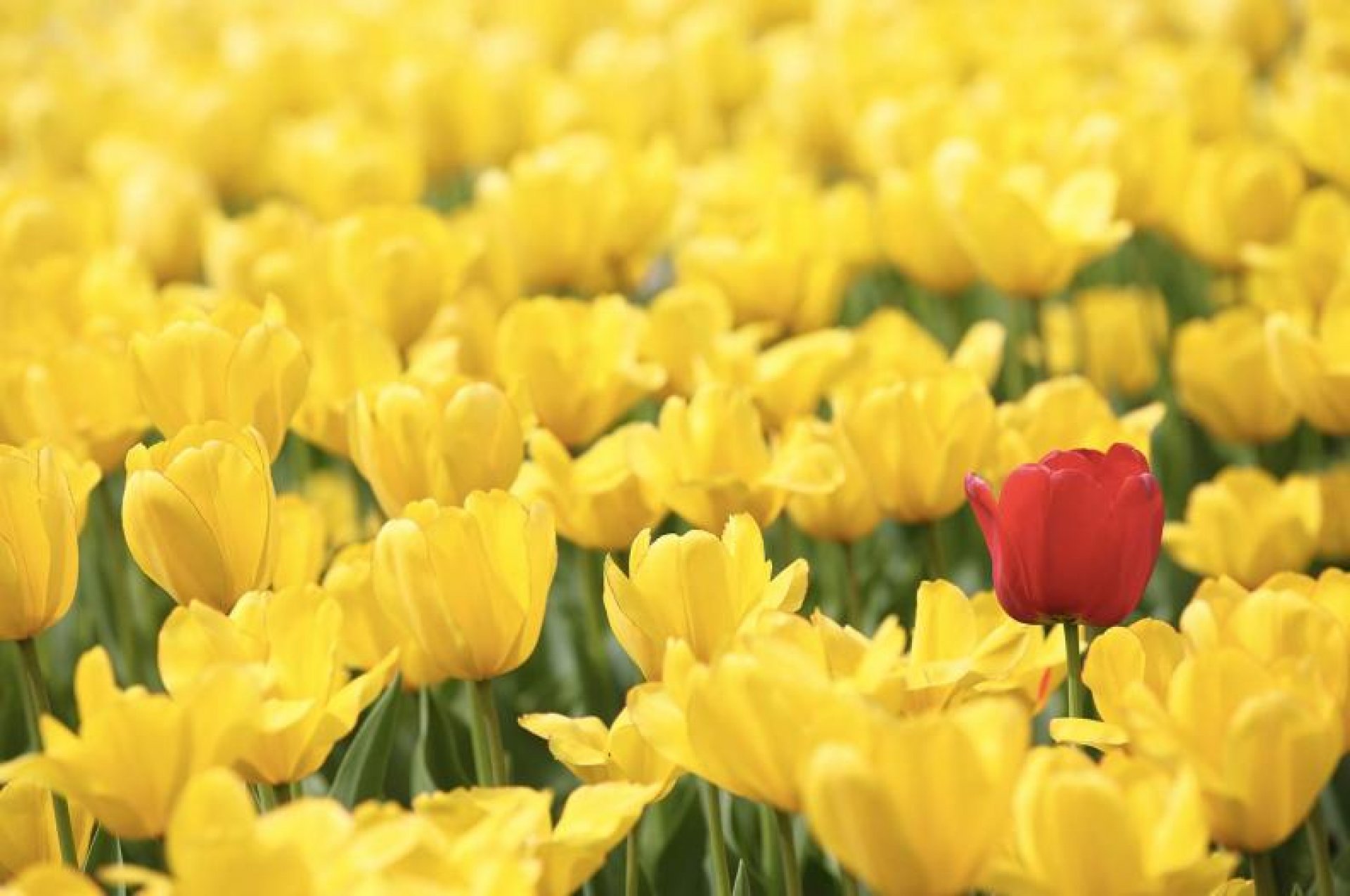 The term rare applies to those diseases affecting a limited number of people with a prevalence below a given cut-off point, which is codified by the legislation of each individual country. The EU sets this threshold at 0.05% of the population, i.e. one case for every 2,000 inhabitants (in the US a disease is considered rare when it has been diagnosed in fewer than 200,000 sufferers in the population, i.e. about 0.08%).

Rare diseases create specific problems relating to their rarity, are serious, often chronic and at times progressive, and may appear at birth or during childhood.

All those affected by rare diseases find it hard to reach a diagnosis, obtain information or receive a referral to consult competent specialists. It is equally difficult for them to access effective treatment, receive social and medical care for the disease, coordinate basic treatment with that provided by hospitals, and maintain their autonomy and social, professional and civic inclusion.

This explains why we focus particularly on treatment and assistance for rare disease sufferers, whose survival is potentially at risk. Our commitment concentrates in this field as we believe this therapeutic area to be of great importance and social impact.

We are dedicating our efforts to the treatment of three rare diseases:

Lipoprotein lipase or LPL is an enzyme naturally occurring in the body, and in particular in capillary endothelial cells, which is involved in the metabolism of triglycerides. These fat molecules, which represent a source of energy for the body’s cells, derive in turn from VLDL lipoproteins and chylomicrons. In lipoprotein lipase deficiency, a genetic defect means that the production of this enzyme is absent or insufficient. Those affected by this extremely rare disease are unable to effectively metabolise fats in the blood and are therefore exposed to the risk of acute pancreatic inflammation (pancreatitis). Acute pancreatitis is a serious, extremely painful and potentially fatal condition. Further long-term complications of LPL deficiency include diabetes and cardiovascular diseases.

Alipogene tiparvovec is the first gene therapy approved in Europe and currently represents the only treatment option for adult patients diagnosed with lipoprotein lipase deficiency (LPLD). Alipogene tiparvovec enables sufferers to correctly produce the LPL enzyme, thus reducing the risk of complications and in particular that of acute pancreatitis. The drug is administered in a series of intramuscular injections. Patients must be treated in special centres of excellence and by specially trained doctors.

The transparency of the cornea is essential to ensure the ability to see properly. Corneal cell renewal and repair are dependent upon the cells present in the limbus, which is found in a small area of the eye between the cornea and the conjunctiva.

Thermal or chemical burns to the eye can destroy the limbus, causing a deficiency of limbal cells. If this happens, the cornea is covered by a different epithelium following an invasion of cells from the conjunctiva. This process renders the cornea opaque and results in subsequent loss of vision, and conventional corneal transplant is an ineffective treatment in such cases.

Our therapy is based on cultures of limbal cells taken from the patient, which, once they have successfully grafted, regenerate the corneal epithelium and restore its functions. Limbal cell cultures even allow the possibility of treating patients with a loss of corneal epithelium in both eyes, provided that a small portion of limbus remains in one of the eyes.

Alpha-mannosidosis is a rare and serious hereditary genetic disease resulting from an enzymatic deficiency which causes a build-up of lysosomal enzymes. The disease is generally found in two forms which differ in severity of symptoms and age of onset, and appears either at birth or during early childhood. Its incidence stands at about 1 case for every 500,000 newborns.

Some children are already born with malformations or develop them in their first year, whereas others often do not appear to have problems at birth, but their condition then progressively worsens. The main symptoms of the disease include immunodeficiency, skeletal abnormalities, deafness, gradual impairment of mental and linguistic functions and, often, episodes of psychosis.

Through the acquisition of Zymenex, a Scandinavian biotech company, our aim was to find answers to treat this severe condition with a therapy that is intended to replace the missing enzyme, thus acting upon the cause of the disease.

Cystic fibrosis is a hereditary genetic disease. A mutation of the CF gene causes an alteration in a protein called CFTR, which is present in all the organs and regulates the exchange of sodium chloride and water through cell membranes. The organs most affected by the disease are the lungs and the pancreas. In the lungs, thick, sticky secretions occur, thus helping to create the ideal environment for the development of bacteria such as Pseudomonas aeruginosa, meaning that sufferers are prone to recurrent infections and inflammation, which can in turn also represent serious conditions such as pneumonia. Chronic inflammatory processes can damage lung tissue over the course of time and subsequently lead to impaired respiratory function. The symptoms of infection are numerous and the degree of severity varies from case to case and from moment to moment: persistent cough, breathing difficulties, expectoration, reduced stamina for physical activity, loss of appetite, a sense of feeling generally unwell and temperature.

Organ failure happens when an organ loses its ability to perform its physiological functions, and this creates a potential threat to both the quality of life and the survival of the patient.

The kidneys cover various physiological functions, ranging from filtering the blood to remove waste products to maintaining the electrolyte balance, and regulating the production of red blood cells via the hormone erythropoietin. Regarding renal impairment, its severity is usually quantified through laboratory analysis, ranging from mild (grade 1-2) to end-stage disease (grade 5). The latter has two possible therapeutic approaches, either dialysis or transplantation. The first is a palliative treatment where an external machine replaces the filtering function of the kidney. Although effective, in most cases this approach requires the patient to return frequently to the hospital for long and unpleasant sessions. In the event of transplantation, however, a new and functioning kidney (a graft) is added through a surgical procedure to recover the lost function.

For patients with liver failure, the situation is even more complex. A functioning liver is in fact absolutely essential for survival and, at the moment, there is no corresponding palliative therapy such as dialysis for patients with severe hepatic impairment. The only therapeutic approach is therefore represented by a transplant. Unlike renal transplant, the original liver is removed during the surgical procedure and then replaced by with new organ.

Two important limiting factors for transplants are represented by the availability of organs, which remains substantially inferior to the demand, and by the biological and immunological compatibility between the graft and the recipient. Physiologically, the immune system protects the body from external pathogens, by recognising what belongs to the host (self) from what does not (non-self). Though critical in defending a healthy individual, in a transplanted patient receiving a graft from a donor (thus, strictly speaking, non‑self), this mechanism results in the immune system recognising and attacking the transplanted organ (rejection). Currently, the standard of care for the prevention of organ rejection is a combination of immunosuppressive drugs, aimed at lowering the reactivity of the immune system enough to avoid rejection, but at the same time not enough to expose the individual to an increased risk of opportunistic infections. The treatment is administered throughout the entire life of the transplanted organ. The average survival of a transplanted kidney is approximately 10 years, and is slightly lower for a transplanted liver.

The standard of care currently in use is based on a triple combination of immunosuppressant agents, of which tacrolimus represents the main pillar.